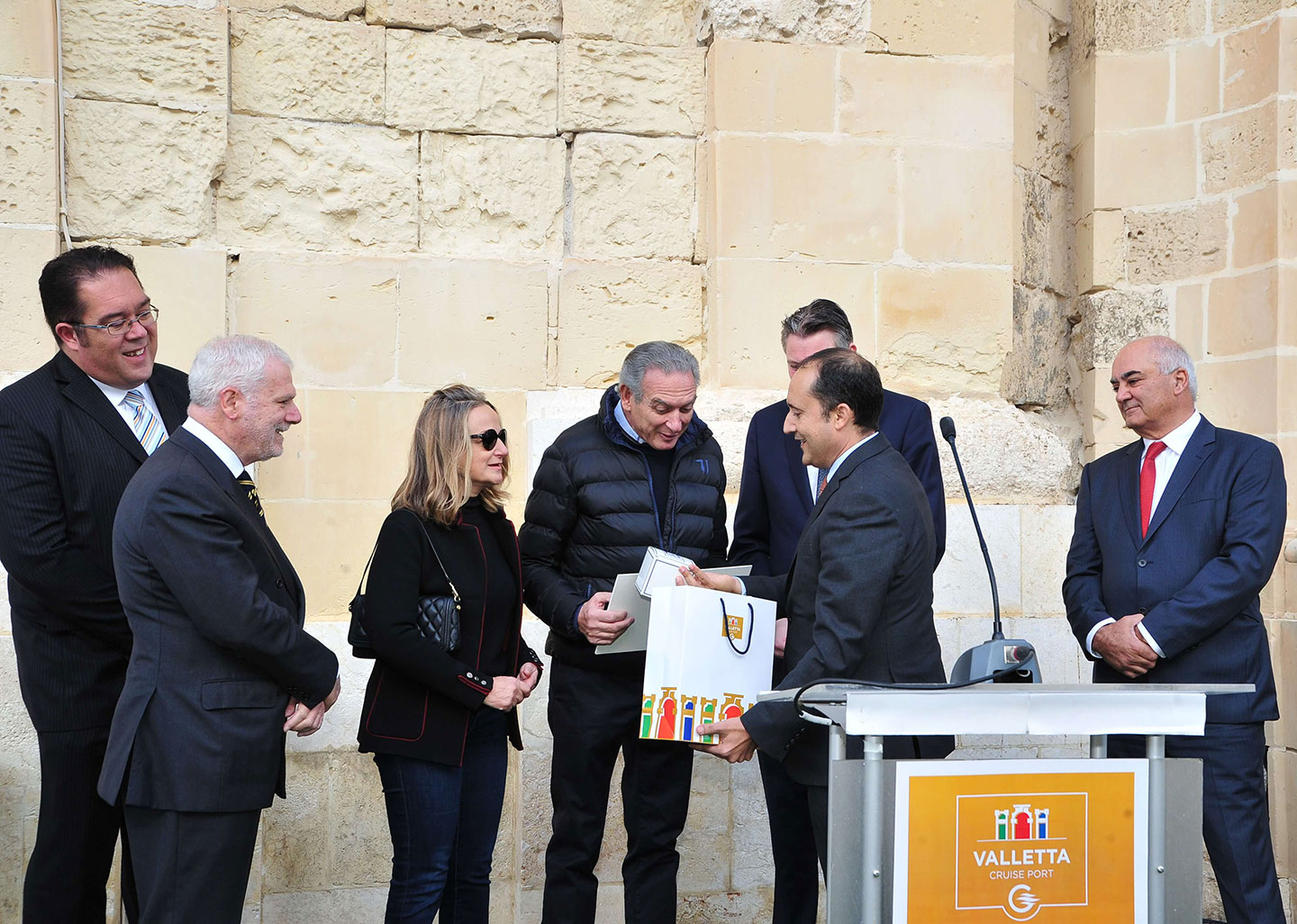 A lucky recipient, who arrived in the Port of Valletta aboard the MSC Meraviglia, was selected as the 700,000th passenger and given the opportunity to return to Malta in the near future with a 3-day break in Malta inclusive of flights for two persons, courtesy of the Malta Tourism Authority. Throughout their respective stay, accommodation will be provided by The Saint John, a boutique hotel, situated in the heart of Valletta. A member of AX Hotels, this property brings to life the history of a 17th century building with an inspirational retro and industrial feel with personalised rooms equipped with the latest technology, raw finish design and awe-inspiring architecture.

The Minister for Tourism, the Hon. Dr Konrad Mizzi said, “Today we have reached a new milestone in the number of cruise liner passenger arrivals. So far this year 700,000 cruise passengers have experienced entering the grand harbour and visited Malta. Government is committed to continue to work with the Valletta Cruise Port to ensure our offering is competitive and that our product continuously improves.”

“This marks a momentous milestone for Valletta Cruise Port, currently celebrating its 15th anniversary, and Malta. Together with local stakeholders we have worked relentlessly towards achieving this target and to ensure its sustainability in the future. The drive for excellence of the Valletta Cruise Port team and other collaborators to always exceed customer expectations is at the core of this success, coupled with the natural beauty of the Valletta Grand Harbour,” commented Stephen Xuereb, CEO of Valletta Cruise Port and COO of Global Ports Holding.

“The 700,000th arrival of cruise passengers is a significant milestone for Malta’s tourism industry; we have today reached a level of cruise traffic that we could only dream about just a few years back.

The cruise industry is an important contributor to the Maltese economy, in particular to the business community in Valletta and the Grand Harbour region. Beyond the injection of income that each cruise ship visit generates, there is also the positive contribution of showcasing some of the highlights of our Islands to day trippers and often also to their social media network. Apart from the resultant promotion of our Islands, surveys have shown that many cruise passengers are intrigued to return to Malta and Gozo for a longer holiday soon after,” said Carlo Micallef, Chief Marketing Officer of the Malta Tourism Authority.

Valletta Cruise Port plc is anticipating closing the year 2017 with record passenger movements of approximately 780,000, aboard 340 cruise calls, with 2018 expected to be on the same levels. The cruise industry contributed over €94 million to the local economy in 2016. Central to this growth is the booming reputation of Malta’s award-winning port and the sterling service being provided; as well as a healthy rapport with the cruise lines, which is further being strengthened given that Valletta Cruise Port forms part of the Global Ports Holding family.

2018 will be an important year for Valletta Cruise Port, marked amongst others by the port hosting the MedCruise General Assembly in May, in a year that Valletta will be bestowed the title of European Capital of Culture.