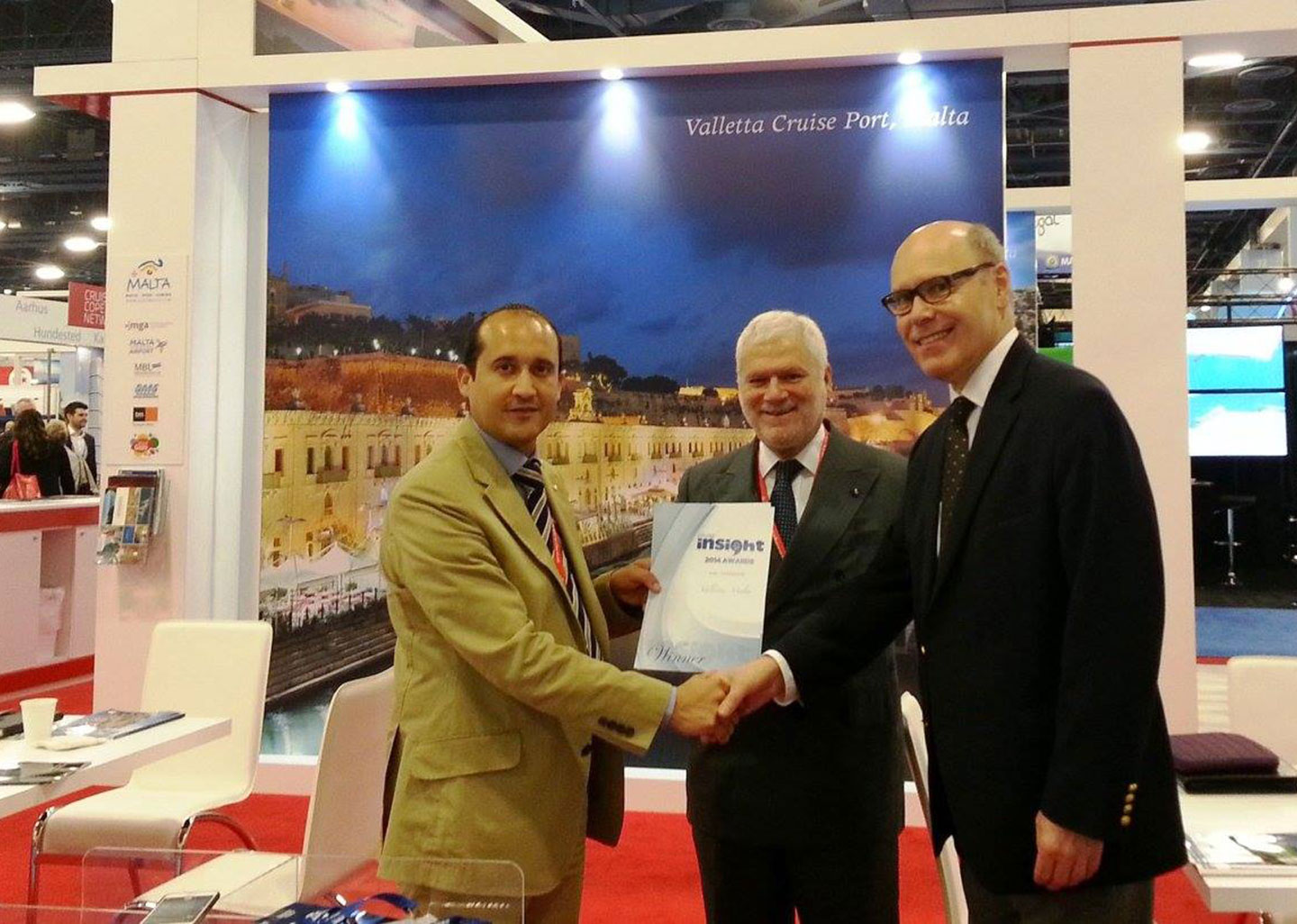 For the fourth consecutive year Valletta Cruise Port has been named as the Best Turnaround Port Operator 2014 by Cruise Insight. This award recognises the impeccable service delivered by the port, and the continued development of its facilities in the last years.

Valletta Cruise Port representatives along with other stakeholders were attending Cruise Shipping Miami 2015, the cruise industry’s most authoritative professional showcase. High passenger satisfaction ratings and recognition of Valletta’s value-based port services and facilities were highlighted by all levels of senior management within the cruise lines.

Cruise line ratings received for the Port of Valletta reveal scores which indeed exceed the standards set by the lines.

This year Valletta Cruise Port unveiled a new stand which is clean and contemporary, while using striking imagery representative of the Maltese Islands.

During this trade fair, the new cruise casino regulations to incentivise lines to overnight in Malta and visit Gozo as part of their Mediterranean itinerary were launched. Feedback from cruise lines has been positive.

Valletta Cruise Port desires to record its appreciation to Malta Tourism Authority, Ministry for Gozo, Transport Malta, Malta Gaming Authority, Malta International Airport, SMS International Shore Operations and Mifsud Brothers Ltd. Cruise Services, as well as other suppliers who are working with Valletta Cruise Port to support and grow the cruise sector in Malta. This team effort is being well received by all the cruise lines.