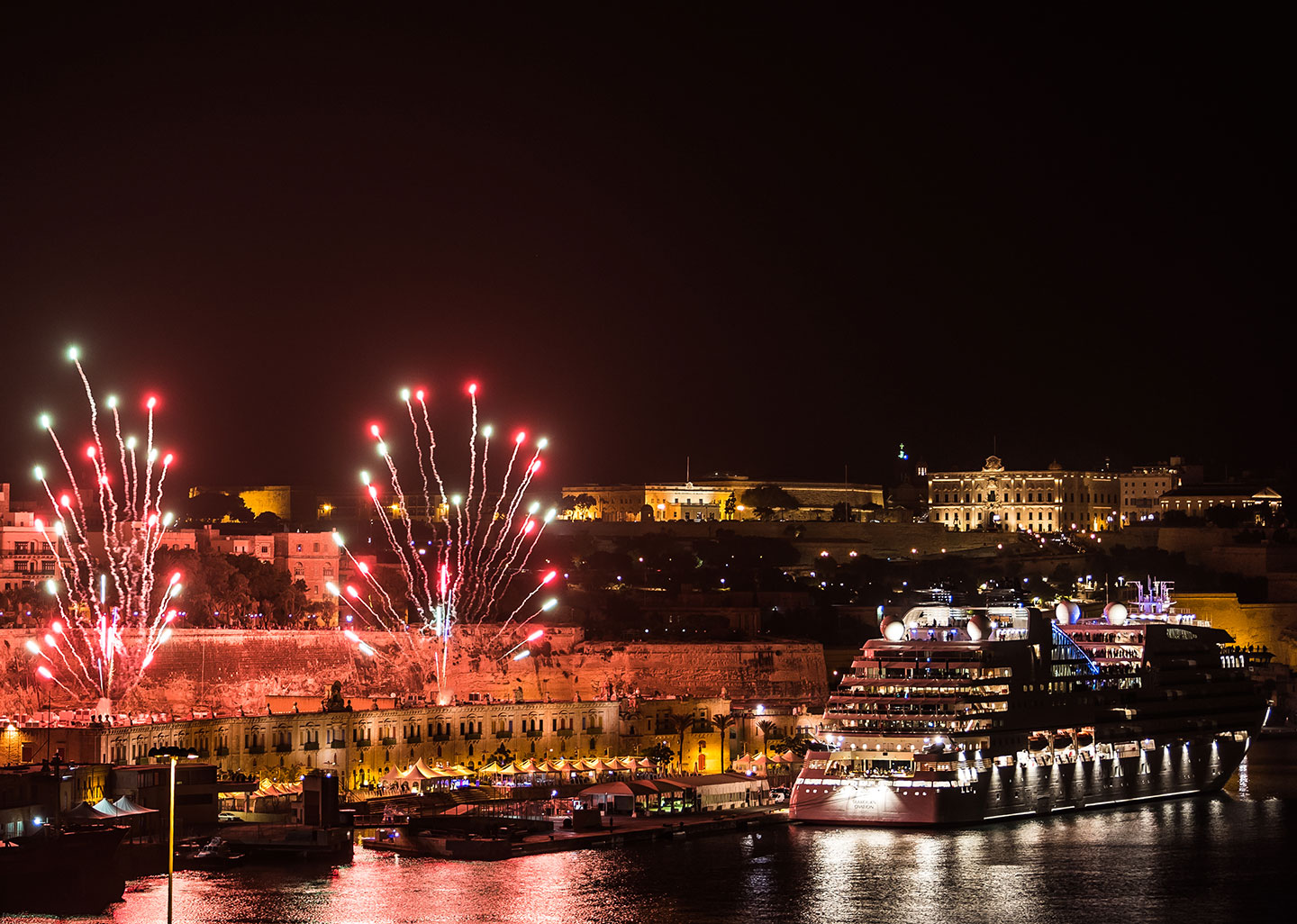 Ultra-luxury cruise line Seabourn has introduced its newest vessel, Seabourn Ovation, with the first ever cruise ship naming ceremony held at the Valletta Grand Harbour, Malta on Friday May 11.

Seabourn along with local representatives Valletta Cruise Port, Malta Tourism Authority and Mifsud Brothers Ltd, and a host of local stakeholders, worked on a line-up of celebratory events to mark this day.

On arrival guests were treated to a display of local folk dancing by dancers wearing Maltese traditional costumes.

Early in the afternoon, guests could follow a historic re-enactment by Inguardia showing events happening during the times of the Knights of St. John.

An artisan market was held aboard the ship where guests had the opportunity to view the artists at work and ask them further about their craft.

The evening celebrations kicked off with a live performance by the ship’s godmother, actress and singer Elaine Paige, one of the world's most highly awarded actresses and singers of Westend and Broadway fame. Following her performance, she completed the maritime tradition of releasing a bottle of champagne that was broken against the hull of the ship. The ship’s whistle cued in a 7-canon salute from the historic Saluting Battery, metres away from the ship’s berthing location at Valletta Cruise Port. This moment was broadcast on a large viewing screen for guests of the maiden voyage.

A full orchestra ensemble performed a themed musical work and provided additional entertainment during the evening ceremony. Guests also witnessed the debut of the new Seabourn anthem written by Tim Rice entitled “We Sail to See the Lives of Others.”

The evening was capped off with an impressive fireworks’ display synchronised to music, coordinated and produced by local fireworks’ factory St. Mary Fireworks of Mqabba, over Valletta’s Grand Harbour, lighting up the historic buildings and fortifications in the process.

“We would like to congratulate Seabourn on this momentous day. This event marked the naming of the fifth ultra-luxury vessel to join the Seabourn fleet over the past decade. This is indeed a proud moment for Valletta, and we are pleased to be have been entrusted with hosting our first-ever cruise ship naming ceremony in our historical Grand Harbour with the Capital City of Valletta serving as the best possible backdrop for this event”, commented Valletta Cruise Port’s CEO, Stephen Xuereb.