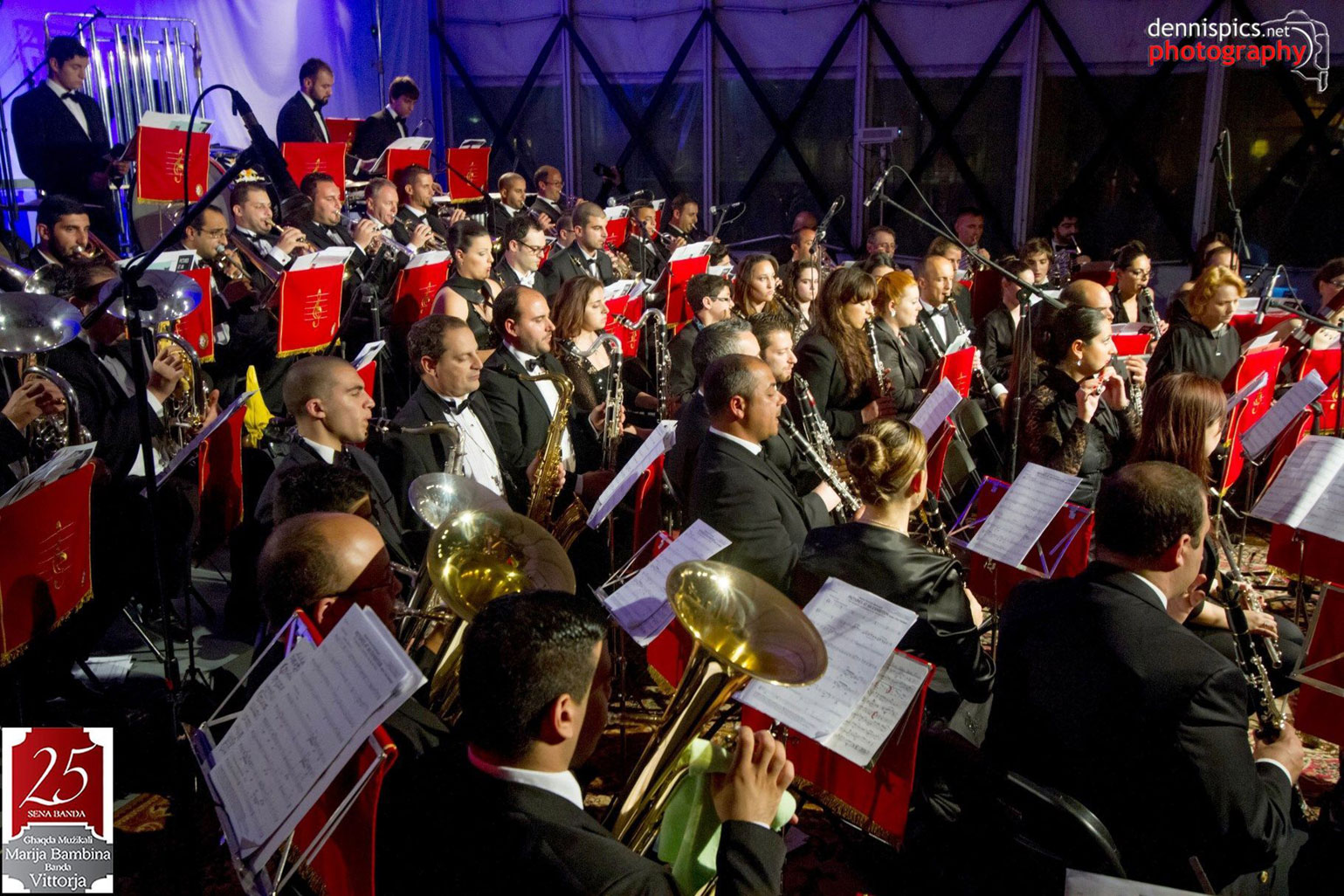 To celebrate the 25th anniversary of the foundation of the band within the society, the Għaqda Mużikali Marija Bambina – Banda Vittorja is organizing a series of concerts and other musical activities throughout the year.

The celebrations were launched during a press conference on Sunday 6th April. During this ceremony, an exhibition of the band club’s history, set up by historian Mark Mangani, was inaugurated and a plaque bearing the new name of the society was uncovered.

Addressing the press conference, Valletta Cruise Port CEO, John Portelli, said that the company is willing to offer its premises to band clubs and solo artists that wish to organize concerts at Valletta Waterfront. This endeavour ties in with Valletta Cruise Port's ongoing commitment in supporting musical organizations and promoting Maltese music.

On the 9th and 10th of May, a number of workshops led by internationally acclaimed saxophonist Antonino Mollica will be held at the club’s premises. These classes are targeted at music tutors and saxophone students within Maltese band clubs.

On the 11th May, the band will present a commemorative concert, 'Grand Anniversary Concert', under the direction of its conductor Mro Roderick Bugeja at Valletta Waterfront. The concert will feature works by Nani, Holst, Verdi and Smith – some of which will be national premiers. The band will also perform Mussorgsky’s masterpiece, Pictures at an Exhibition, which will be accompanied by artistic visuals by Robert Spiteri, an advanced Interactive Media student at MCAST. The concert will also feature Antonio Mollica as guest saxophonist.

More information about these activities can be found on www.vittorjaeventsmalta.com.