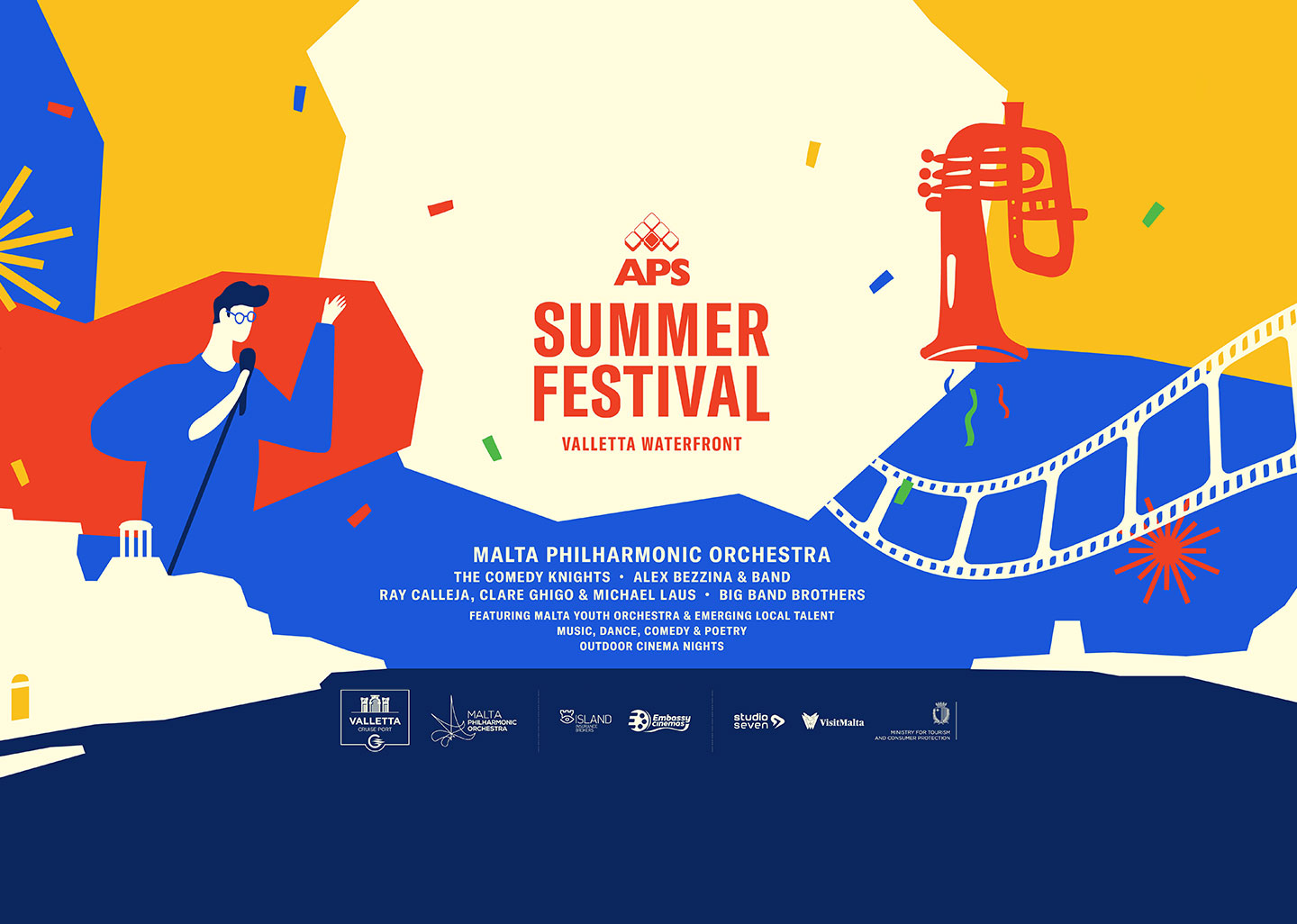 Due to popular demand, the APS Summer Festival has been extended by 4 weeks. The eclectic artistic line-up shall now also feature The Comedy Knights, Alex Bezzina & Band, the Big Band Brothers, and Ray Calleja with Clare Ghigo, Michael Laus, and the Malta Philharmonic Orchestra. Emerging local talent, the Malta Youth Orchestra and outdoor cinema nights shall complement the program of events.

The cultural and entertainment activities staged along the Valletta Waterfront offer a unique setting for the festival which has re-introduced live public events in Malta. Whilst adhering to the current health and safety regulations, different genres of music, from classical to rock to jazz, comedy, dance, poetry and visual arts are presented.

The outdoor cinema nights treat buffs with drama films on Mondays featuring the likes of Captain Philips, classics such as Pulp Fiction on Tuesdays and musical films on Wednesdays with hits such as Bohemian Rhapsody, Rocketman and A Star is Born. On Sundays, films shot in Malta are celebrated - including Simshar, Midnight Express, The Weeping House of Qala and The Boat, with a bonus of locally-produced short movies like The Eyes of the Artist, Kompliċi, Magdalene and Ambivalent.

The APS Summer Festival is sponsored by the APS Bank, co-produced by the Valletta Cruise Port and the Malta Philharmonic Orchestra and supported by the Malta Tourism Authority, Studio Seven, Embassy Cinemas and Island Insurance Brokers.

The festival continues until August 15 with tickets at € 10. For the full schedule of events and booking visit:
www.embassycinemas.com/aps-summer-festival/