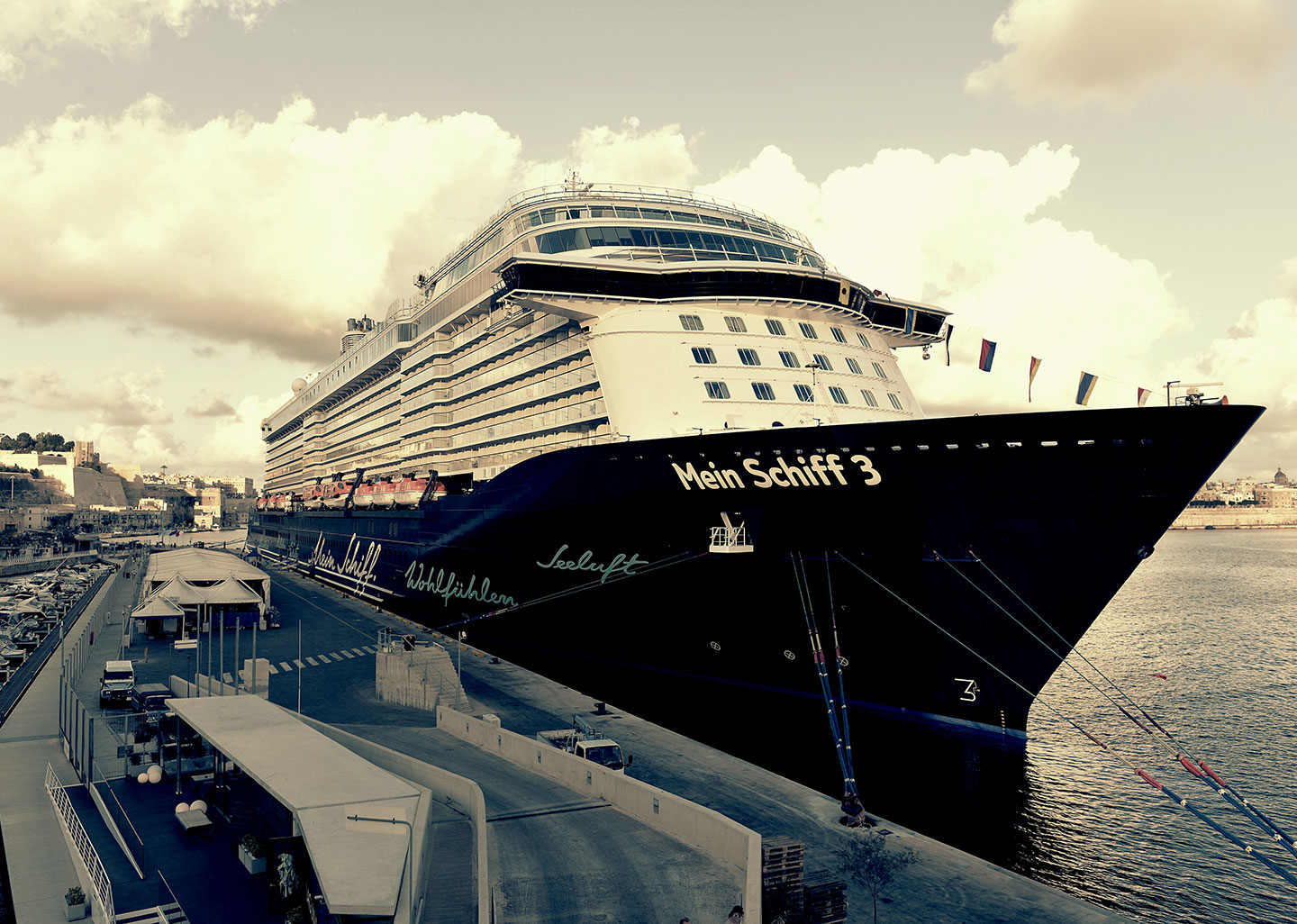 On Sunday 29th June, Valletta Cruise Port plc welcomed the new Mein Schiff 3 on her maiden voyage and first home-porting operation in Malta’s Grand Harbour. The Port of Valletta is the ship’s Mediterranean port of embarkation and disembarkation for the 2014 summer season, making it the fourth consecutive year of home-porting operations from Malta by German-based cruise operator TUI Cruises.

Addressing the press conference, Mr Xuereb said that Valletta Cruise Port prides itself in offering the best possible service to visiting cruise lines and their guests. He added, “We continue to invest in our facilities to always cater for new demands. An example of this is the extension to the tent to cater for the increase in luggage handling arising out of this call.” Mr Xuereb highlighted the importance of the stakeholders’ input and thanked the Ministry of Tourism, the Malta International Airport, SMS and Orange Travel Group for their support. In his closing remarks, Mr Xuereb praised incumbent CEO of TUI Cruises, Mr Richard J. Vogel, for his foresight and confidence in Malta. He also personally thanked Ms Tine Oelmann, Director Port Operations, Shore Excursions & Ground Operations as well as Ms Laura Krell, Ground Operations Manager, and their staff, for their professionalism and enduring support. Another special mention went to the operations and maintenance personnel of Valletta Cruise Port plc who played an important role in the success of home-porting operations.

In the afternoon, the ship, together with her crew, guests and embarking passengers, was treated to a number of lively tunes performed by a fourteen-piece village band, courtesy of Valletta Cruise Port plc.